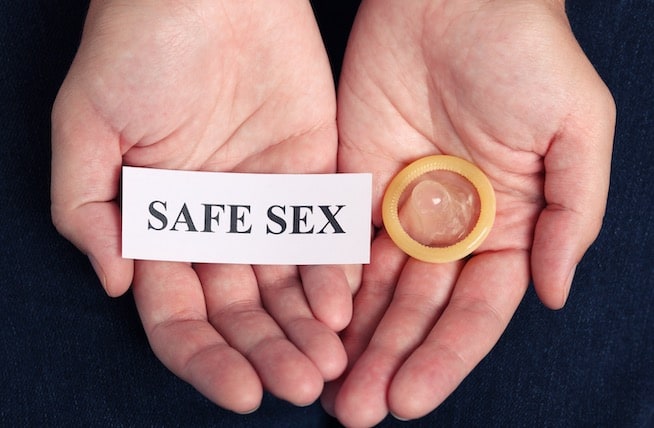 In 2006, more than 70% of all the condoms sold in America were Trojan condoms. Other brands were far behind, and that’s including Durex, the second most popular brand at the time. Trojan’s market share was four times as big as Durex’s. TrojanCondoms.com was the official website of the Trojan brand of condoms and sexual lubricants.

But at some point in 2016, TrojanCondoms.com stopped publishing content. To this day, when you try to open the site in your web browser, you’re met with the message “This site can’t be reached.” What happened to the site? Let’s find out.

Trojan condoms were Merle Leland Youngs’ brainchild. He registered the name Trojan for his brand of condoms in New York, with the original packaging featuring the Trojan Helmet. The first of Young’s Trojan condoms were on sale around 1927. His company initially targeted pharmacists through ads placed in trade magazines (Source).

The company, first named as Fay and Youngs, would later change its name to Young’s Drug Products Corporation in 1919. After a series of acquisitions, the company was eventually acquired by Church & Dwight in 2001 (Source).

Even though the company had been around since the early 1900s, the TrojanCondoms.com website first appeared in February 2000. The site published several sections, including the Trojan Arcade, a games section which asked players, “How far would you go?” The games used some suggestive language such as “The Trojan Shockwaves games are here, and the excitement is explosive, so come on in.”

TrojanCondoms.com also shared links to serious content, like its safe sex campaigns; including a Safe Sex Quiz, support for safe sex, and what seemed like a how it works informational guide (Source).

Most Interesting Articles Published on TrojanCondoms.com

TrojanCondoms.com was not only involved in a charm offensive for its brand of products, but it also became a self-appointed brand ambassador for safe sex. It had an Information Center; emphasizing that no one was immune to STDs and HIV infection. It had sections like STDs 101. It also published information on how condoms were a smart choice, designed to bring pleasure and reduce the risk of pregnancy.

In October 2009, TrojanCondoms.com published a report on the state of sexual health information and resources at major American universities and colleges. Dubbed the Trojan Sexual Health Report Card, it became a yearly ranking of 141 universities and colleges. It measured students’ access and availability of sexual health information and resources.

According to the website, the manufacturer’s goal was “to increase awareness, spark conversations and get people talking about and advocating positively for sexual health on college campuses.” (Source) It even published a quiz intended to create awareness and promote safer sex.

TrojanCondoms.com also published a No Excuses list of sex advice. It was a list of quick answers to lame excuses given by people when they want to avoid using a condom. The list tackled actual questions that may be experienced by sexual partners such as, “I don’t have a condom with me.” They suggested an unequivocal, “Then let’s not take the risk.”

The site also published health advice articles, including a detailed guide on how to correctly use a condom. It circulated helpful hints, complete with a graphical illustration of the process.

The Condom’s Struggle for Acceptance

Condoms had, of course, struggled down a winding path to mainstream social acceptance. Just around the time that condoms had been on the cusp of innovation, with valuable improvements, they faced a significant hurdle. Comstock’s Law of 1873 effectively banned the distribution of all forms of birth control, including condoms.

While condoms did not entirely vanish from the market, they were forced to go underground. The bill had defined all contraceptives as obscene and illicit. It became a federal offense to advertise and distribute them by mail or across state borders.

It was only as late as the 1960s that the American legal system became a bit more accommodating to any form of birth control.

The Rise of the Condom Market

Changes in the law, coupled with discussions about condoms as protection against HIV-AIDS, caused the once-static condom market to thrive.

Condom manufacturers even became more prominent in the stock exchange. On February 15, 1987, the Washington Post reported a surge in investor interest in companies that made condoms, including the makers of Trojan condoms (owned by Carter-Wallace at the time).

However, the idea of publicizing condoms continued to be somewhat unpopular. Television broadcasters squirmed at the thought of running condom ads.

The first condoms ad to run on national TV was by Trojan. Fox television network ran the 15-second ad back on November 17, 1991. According to the network, the ad had met its criteria because it promoted using condoms for STD prevention as opposed to birth control.

But as recently as 2007, some major media networks were still turning down condom ads. For instance, in June 2007, Fox and CBS rejected Trojan’s condom commercial. The ad depicted a cellphone-toting pig which quickly heads into the men’s room. It then reappears, fully transformed after grabbing a Trojan condom from the vending machine.

Fox and CBS both rejected the commercial, even though they had accepted Trojan’s earlier campaign. Officials from the media houses insisted that they were not keen on contraceptives’ advertising that stressed pregnancy prevention rather than health-related uses; even with the late-night-only restrictions (Source).

What then Happened to TrojanCondoms.com?

Despite support for condom ads from prominent personalities such as the U.S. Surgeon General C. Everett Koop, networks still didn’t want to run the risk of alienating their conservative consumers, many of whom were opposed to birth control.