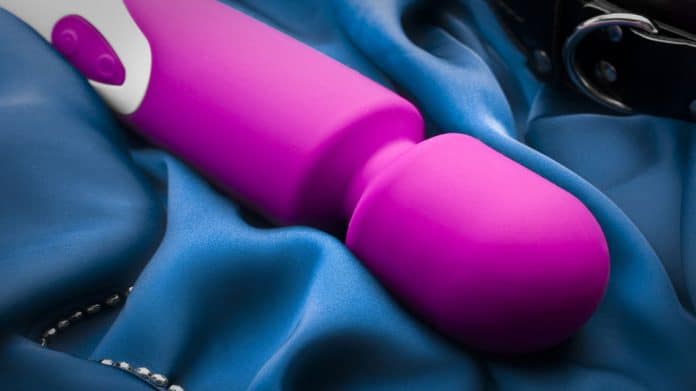 My Picks for Best Wand Vibrators

However, I should mention the fact that the power of the Hitachi makes it unsuitable for first-timers. Wand vibrators are amongst the most powerful types of vibrators, and the Hitachi Magic Wand is the most powerful out of all of them. It goes without saying that this bad-boy will make anyone knees tremble, so if you are expecting a mild ride, then you should definitely look elsewhere. This is the best vibrating wand for power-freaks, not the faint-hearted.

The size can be considered both an advantage and a disadvantage. The good thing about it is that the big body takes control of all the rumbly vibrations inside the vibrator. Your hand will not be shaking along with the toy, so in this regard, the big size works great. However, when it comes to hiding this elephant, the size most certainly doesn’t help. I don’t have any real big complaints about the Smart Wand though, as the product itself works fantastically. It’s easily one of the best wand vibrators I have tried, because of its deep and strong vibration patterns.

I would recommend this vibrating wand from Lovehoney to first-timers who want a cheap, reliable and enjoyable wand. It’s not the most powerful, but it’s thoroughly enjoyable nonetheless.

The Bodywand Aqua is one of the best wand vibrators on this list in terms of power and performance. The 8 different intensity settings range from very mild buzzing to rumbly earthquakes, so the variance between intensities is great as well.

But, as I mentioned in the summary, it has a rather major disadvantage which is impossible to overlook. It has no rechargeability and because of its power, the Bodywand Aqua Wand Massager drains its batteries in a few short hours. There is nothing more frustrating than wanting to play with your magic wand massager, getting undressed, and… finding out your toy has run out of battery juice. With a USB-rechargeable toy, you can plug it in and still use the wand vibrator. But, in the case of non-rechargeable wand vibrators, the only option is to go buy batteries from the store. A complete mood-destroyer, if you ask me.

This magic wand from Tracey Cox is certainly cheap, but does it actually have any value?

A good wand massager, but it needs more intensity settings and a quieter motor.

While the magic wand massager from the sex store Adam & Eve is an all-around good product, it sadly can’t compare with the real best wand vibrators. It only has two different intensity settings – one rather mild and one super strong setting. There is no in-between.

A wand massager which performs well when it works. But, it has sort of a history of being faulty and not wanting to work.

For me, the choice is fairly obvious – USB-rechargeable is the way to go. However, battery-powered vibrators are often cheaper, and they are almost always cordless. These are two great advantages, but honestly, I would still recommend USB-rechargeable wand vibrators as the best choice for most of you.

After applying lube and getting into a comfortable position (try laying on your back, putting your legs at a 90-degree angle and relaxing your muscles), you are all set to go.

If you start off quickly with the higher intensity settings, you should be able to orgasm in less than one minute. Seriously, that’s how powerful these things are. Try finding yourself any man who can achieve the same. It’s impossible!

You might be tempted to buy one of the cheap wand vibrators from Amazon, but I would advise you against this. Amazon is full of fake and faulty copies of sex toy brands. They will not be nearly as powerful as the real thing, and in some cases, they are outright dangerous to use.