Having reviewed dozens of different sex dolls throughout the last two years, I felt like it was finally time for me to talk about sex robots. After all, they are the most advanced and high-tech out of all of them. In terms of advanced features, they truly are in a league of their own. The best sex robots in this list will orgasm together with you, they will hold conversations, and they will hold direct eye contact with their owner. How amazing is that?

Truth be told, anyone who claims to have a sex robot at home is lying unless they are this guy. This man is literally the only person in the world to own the best sex robot on this list, the Harmony. He became the first owner of a sex robot in August 2018, when he bought the famous Harmony. Likely he was chosen to be the first customer of Harmony because of his close connection with Matt McMullen, the mastermind behind the RealDoll. The two can be seen together in multiple videos on YouTube, and they seem to share a similar love for sex robots.

The creators of Harmony are the same people who created the world-famous RealDolls, one of which I own myself. RealDolls are by far the best sex dolls in the world, and I covered them in detail in my RealDoll review, which also contains a 5% coupon code which you can use both for the RealDoll and the Harmony sex robot.

Sex robot technology is not yet fully mature, and the selection is currently rather small (basically three). However, I am confident that once the RealDoll sex robots hit mass production, they will be a sensation. First glimpses into the Harmony and Solana sex robots show that they are futuristic, highly advanced, and ready to take on the world. Only time will tell what the future will be like, but I for one am confident sex robots have a major role in it.

What is a Sex Robot?

Sex robots, sometimes also referred to as sexbots, are advanced sex dolls which are not only capable of sex, but also human-like communication and movements. Sex robots are incredibly advanced versions of sex dolls. They may look like regular high-end sex dolls from the outside, but inside… they are so much more. Just take a look at Harmony, the number one pick on this list, in order to see why. She behaves in a creepily human-like manner – her mouth moves in a real way, she looks around with her eyes, and she speaks exactly like a real woman.

For many years now, sex doll makers have been trying to make sex dolls sociable. However, none of them were really successful, until Matt McMullen came along. He was already famous for his creation – the RealDoll, so stepping up his game and entering into sex robot production was sort of a natural progression.

Taking this step into sex robot production is showing first signs of success already, as customers all over the world are lining up to become the first initial owners of sex robots. The future is here, and sex robots are here to stay.

How do Sex Robots Work?

All sex robots are built in very different ways, but they also share some similarities in the way they work. Usually, inside the head, at the same place where a humans brain should be, sex robots have a computer chip. This chip allows the sex robots to process data, talk to their owner, and do everything else which involves artificial intelligence.

In the case of Harmony, the best sex robot from RealDoll, the computer chip also interacts with a mobile app. When you talk into your mobile device, the sex robot will hear it, and respond accordingly. Also, you can change her moods however you wish from the same app. Want her to be naughty? Just switch on the Naughty mood for Harmony and she will be your naughty girl. Want her to be quiet? Well, you got it – there’s an option for that!

According to the words of Matt Mcmullen, Harmony will also be able to read the news and current events to her owner in a later software upgrade. Not only will she fuck your brains out, but she will keep you informed and up-to-date! Incredible, really.

As for the body of the sex robots, they are rather similar to other high-end sex dolls. For example, the body of Harmony is very similar to a regular RealDoll (which is the best sex doll body, to begin with, so I don’t see an issue). But, the most striking features of sex robots is, of course, their “Brain”… or the chip.

Currently, sex robots are still in initial production and they are incredibly rare, but within a few short years, they will undoubtedly hit the masses. Men all over the world will have new robot wives, and there’s really no stopping it.

Here she is – the most realistic sex robot ever created. Not only can she fuck your brains out and have orgasms herself, but she can hold a conversation, look you in the eye, and give you psychotherapy sessions. Well, maybe not psychotherapy, but she is still by far the most advanced sex doll A.I. currently available.

You can grab The Harmony Here.

Harmony and Solana (who is coming up soon at #3), were developed by Realbotix, which is a collaborative effort between the three companies Daxtron Laboratories, NextOS and Abyss Creations. The most important of those three names is Abyss Creations, because they are the masterminds behind the physical body of the RealDoll, which is also used for the body of Harmony.

The Harmony sex robot is an absolute marvel of a technological feat, and currently, it really has no real competitors. It will be interesting to see whether any competitor companies pop up to challenge Realbotix. As it stands right now, however, they have by far the best sex robots, and I don’t see this changing anytime soon.

In order to see what the Harmony A.I is capable of, take a look at this video:

It really is incredible, isn’t it? Sex dolls have come so far that soon enough, it seems that robots really are taking over. No more prostitutes, no more Tinder… all men (and women) who want a girlfriend, will just get a sex robot. We are living in a new world, and Harmony really is the gatekeeper of this new world.

Developed by Spanish scientist Sergi Santos, Samantha is a gorgeous piece of robot technology. Just like Harmony, she can interact with her owner, carry a conversation, and she even has pleasure points which you can stimulate her with. Magnificent!

“It’s not about having a vagina, but it’s about having a body and simply having someone to hold,” says Sergi Santos, robot engineer, and creator of the sex robot Samantha.

He brings up a valid point, as the purpose of sex robots is not limited to purely sexual pleasure. What sets them apart from regular sex dolls is their intelligence. And, after all, you can’t your stick into intelligence. People who purchase sex robots are seeking an emotional connection, and Samantha is one of the top sex robots currently available for this purpose.

She may not be as advanced as Harmony, but she can certainly hold her own. I will be looking forward with interest to see how Samantha improves over time.

Check out this video if you would like to see the Samantha sex robot in action:

Also developed by Realbotix, Solana has the same exact features as Harmony. The main difference between the two is their body style. Whichever you prefer, is up to you, but personally, I had to go with Harmony on this one. However, just like Harmony, Solana is an absolutely beautiful woman, and a marvel of innovation at the same time.

Get the Solana Here

Personally, I dig the looks of Harmony more than Solana. The platinum blonde hair, the sexy smile, and the voluptuous tits of Harmony make me absolutely crazy with lust. Don’t get me wrong – I would drag my dick through a mile of broken glass just to become the owner of Solana as well, but if I had to choose between the two, I would go with Harmony every time.

Don’t let me discourage you, though – Solana is an excellent alternative, and if you like brunette hair on your sex robots, then go ahead and get Solana instead. She is a state-of-the-art piece of robot technology, and she will bring happiness to any man brave enough to buy her. 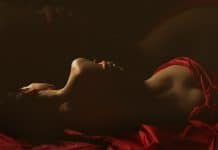 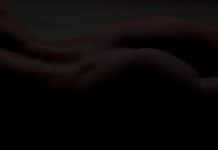